We hiked to San Jacinto Peak from Humber Park via Wellman Divide this morning, descending via Deer Springs Trail, with several diversions to assess side trails. I used microspikes only, although these were not ideal for uppermost Deer Springs Trail.

An overview of last week’s storm and snow depths is at the previous report linked here.

All high elevation trails (>7500′) remain snow-covered. Melting has been extensive, with several inches of snow depth lost at all elevations in just the past three days.

Microspikes are recommended on all trails above about 7500′ at this time (see details below). They are especially valuable in the morning before diurnal melting has started, and for descending.

Snowshoes are useful only for travel off-trail, for Deer Springs Trail between Little Round Valley and San Jacinto Peak, and on those trails that have not been traveled since last week (listed below).

Despite mild conditions at present, hikers should nevertheless be prepared for temperatures around freezing above about 8000′ (at lower elevations on some days), and below freezing at the highest elevations (well below freezing when considering windchill effects). (See weather data below.)

Eastern slope trails All the main trails have been well traveled and are well consolidated. Consequently snowshoes are not required (except for the situations described above), and microspikes are adequate.

This includes all the Long Valley and Round Valley trails, the Sid Davis Trail, and the East Ridge Trail on San Jacinto Peak (in fact the latter has been more heavily traveled and is more consolidated than the Peak Trail).

Western slope trails These have been much less traveled than the east side, and as such require much more care and are slower going.

Based on visible tracks, only a handful of hikers have traversed between Little Round Valley and San Jacinto Peak since last week’s storm, and as such there is no clear, consolidated trail. Snowshoes are advisable.

Fuller Ridge Trail and Seven Pines Trail show no signs of use since last week’s storm, so route finding will be very challenging for those not fully familiar with these trails.

Devil’s Slide Trail is largely clear of snow below 7500′, and some hikers will find microspikes are not essential below that elevation. Saddle Junction lost about one third of its snow since Friday (now 7-8″ depth).

Tahquitz Peak trail from Chinquapin Flat has about 12″ of icy snow. It was well traveled at the weekend and has a reasonable trail to follow with extreme care. Microspikes (and poles or an ice axe) are strongly recommended. 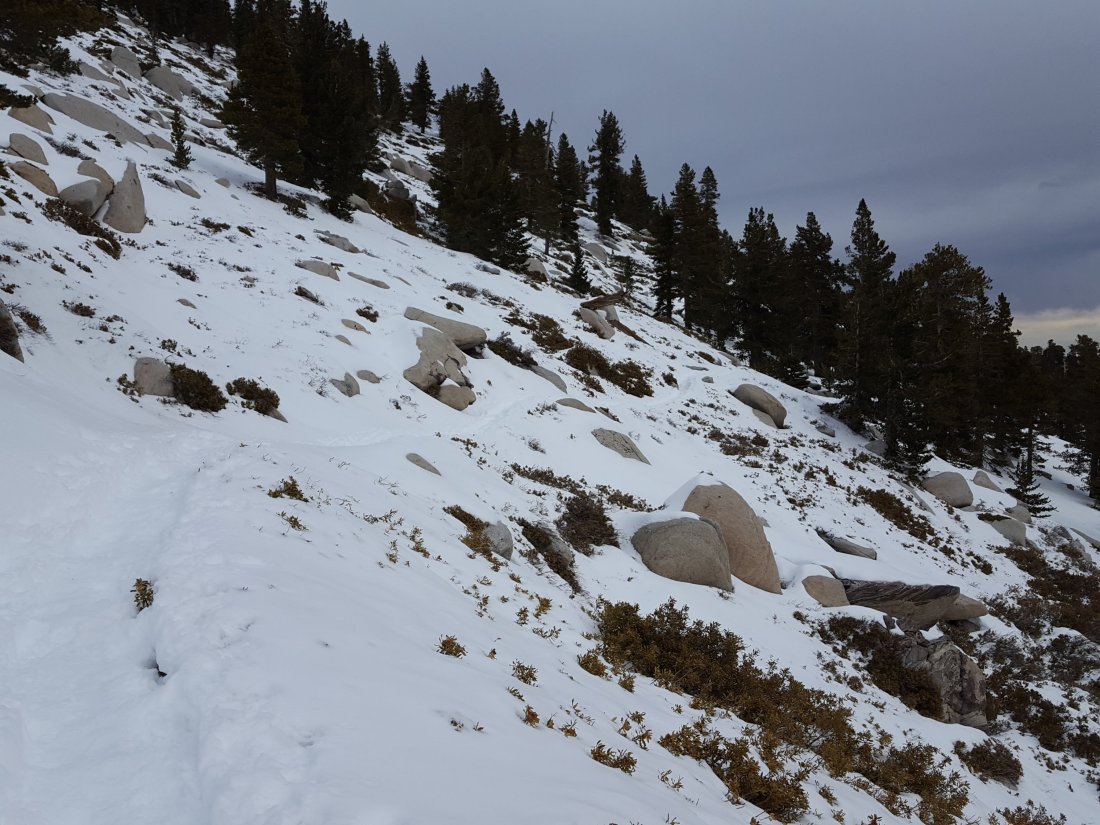 Photos: (above) The Peak Trail above Wellman Divide early this morning, 10th December, with (below) the same view from 7th December. 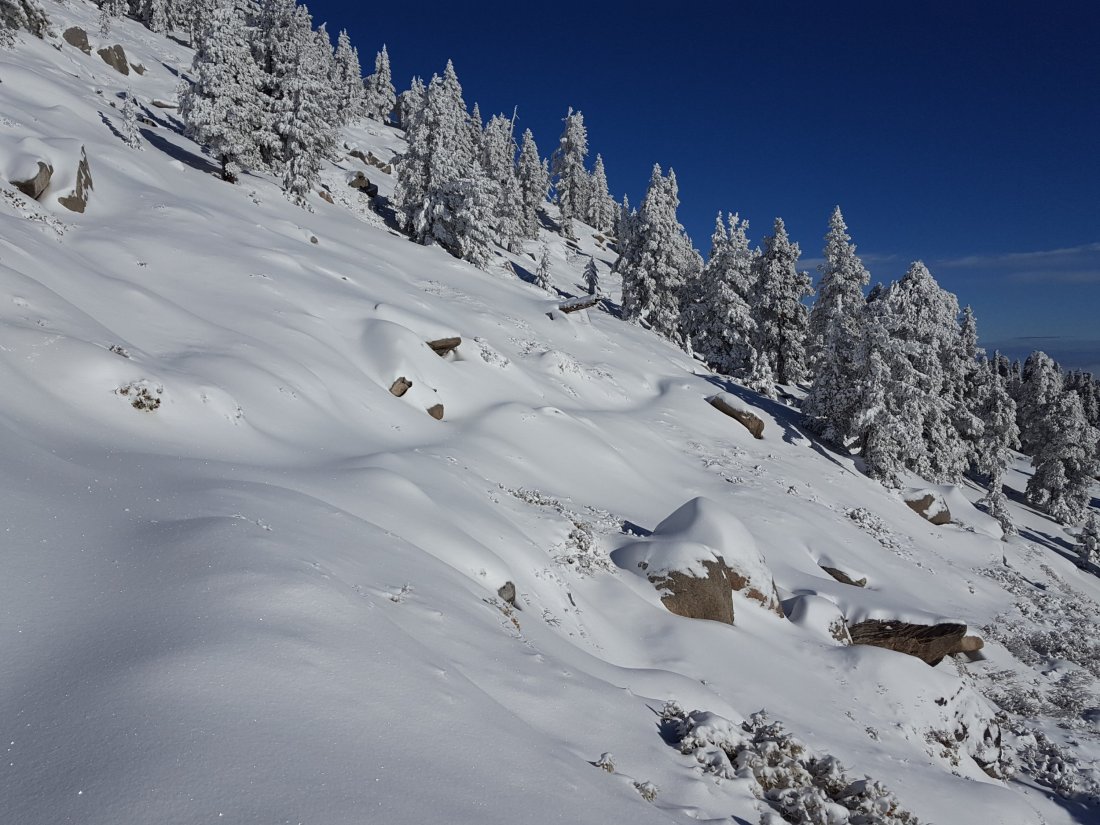 Weather Regrettably, above-average temperatures will continue for the foreseeable future. The air temperature at San Jacinto Peak this morning was slightly warmer than in Idyllwild at dawn! Steady melting will likely continue, especially on exposed slopes and below about 9000′.

There is a slim possibility of light precipitation on Monday 17th, after which a continuing unseasonal warming trend is forecast.