I hiked to San Jacinto Peak on the morning of Wednesday 5th (to get some “before storm” photos), and snowshoed up and back today in spectacular conditions. Special thanks to Kyle Eubanks for reporting snow conditions as he descended the west side (while I ascended the east).

We got a good storm! Literally the best snowfall up here in two years. All mid- and high-elevation trails are snow-covered at present. Snow accumulated above about 7000′ elevation (see details below). There was about 7-8″ of new snow at 8000′, and around 12″ at and above 9000′.

Snowshoes are useful above about 8000′, and strongly recommended above 9000′.

Microspikes are recommended on all trails above about 6500′ elevation at this time.

Measured snow depths are as follows. These are total depths, (including the existing snow from the storm last week). These are averages, deeper wind-blown drifts will be encountered, especially at higher elevatons.

Weather It started snowing lightly at 1000 on Wednesday as I descended past Wellman Divide. It rained almost continuously in Idyllwild from Wednesday morning to Thursday night, for a total of 1.88″ at 5550′ elevation. The weather system was unusually warm, so snowfall was confined to above 7500′ until Thursday night when it descended to 6500′ (but left very little snow at that elevation).

The bad news is that unusually warm (for December) conditions are forecast for much of the next week or so. Melting was already rapid as I descended below 9000′, and Kyle reported that on lower Deer Springs Trail “the whole trail was a river”. Considerable melting at the lower elevations that currently have snow, and in areas that are exposed to direct sun, is to be expected. 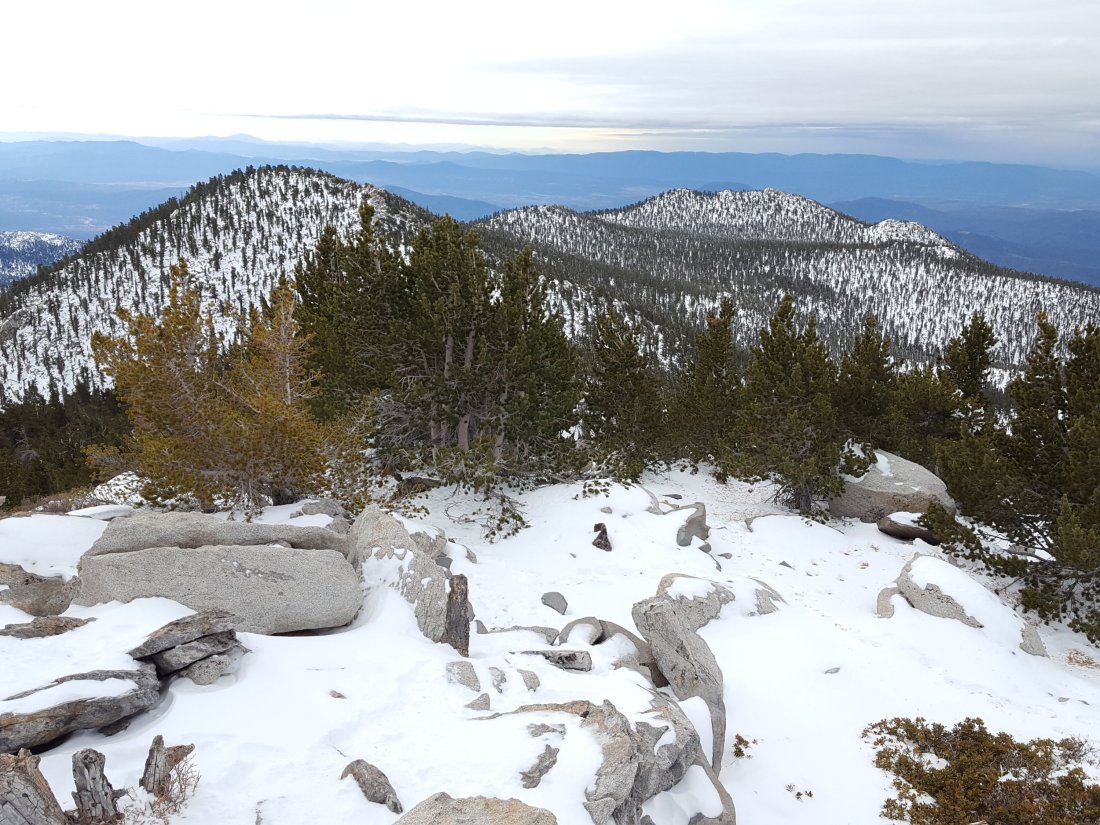 Photos: (above) the view from San Jacinto Peak towards Jean Peak and Marion Mountain on Wednesday morning 5th December, and (below) the same view today. 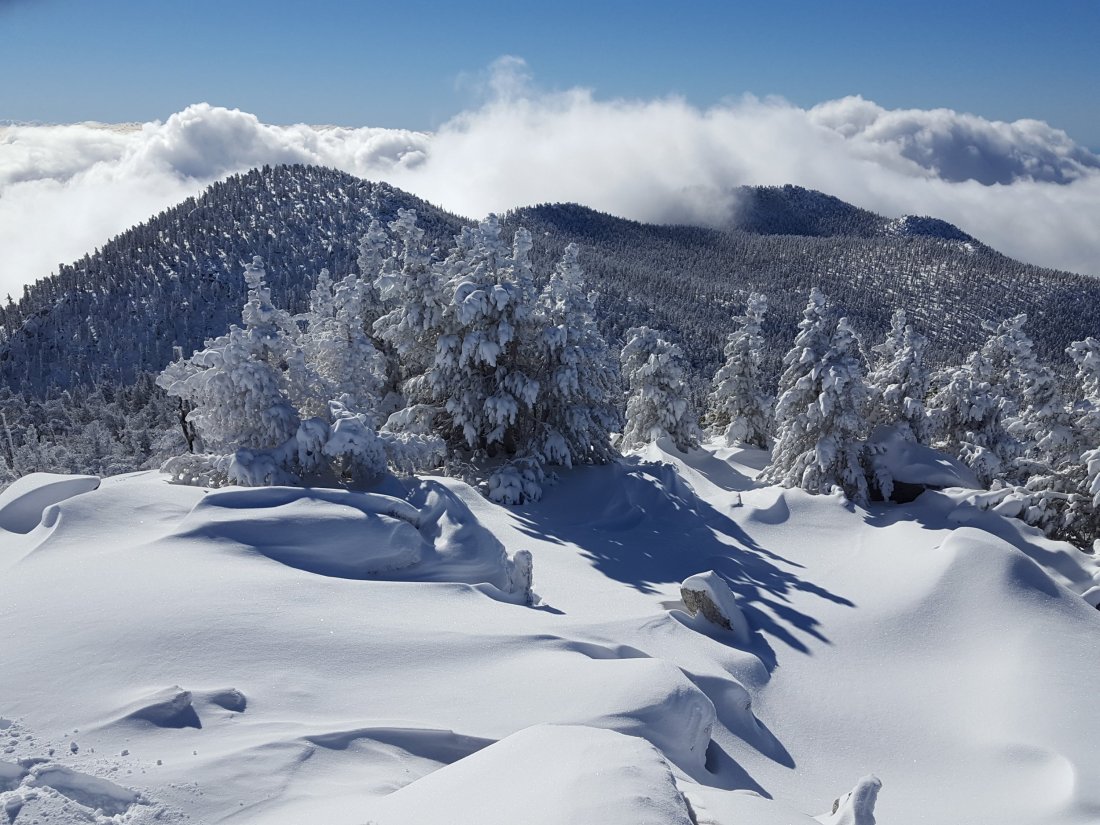 Photos: (above) the trail junction sign at Wellman Divide (9700′) on Wednesday morning 5th December, and (below) the same view today, 7th December. 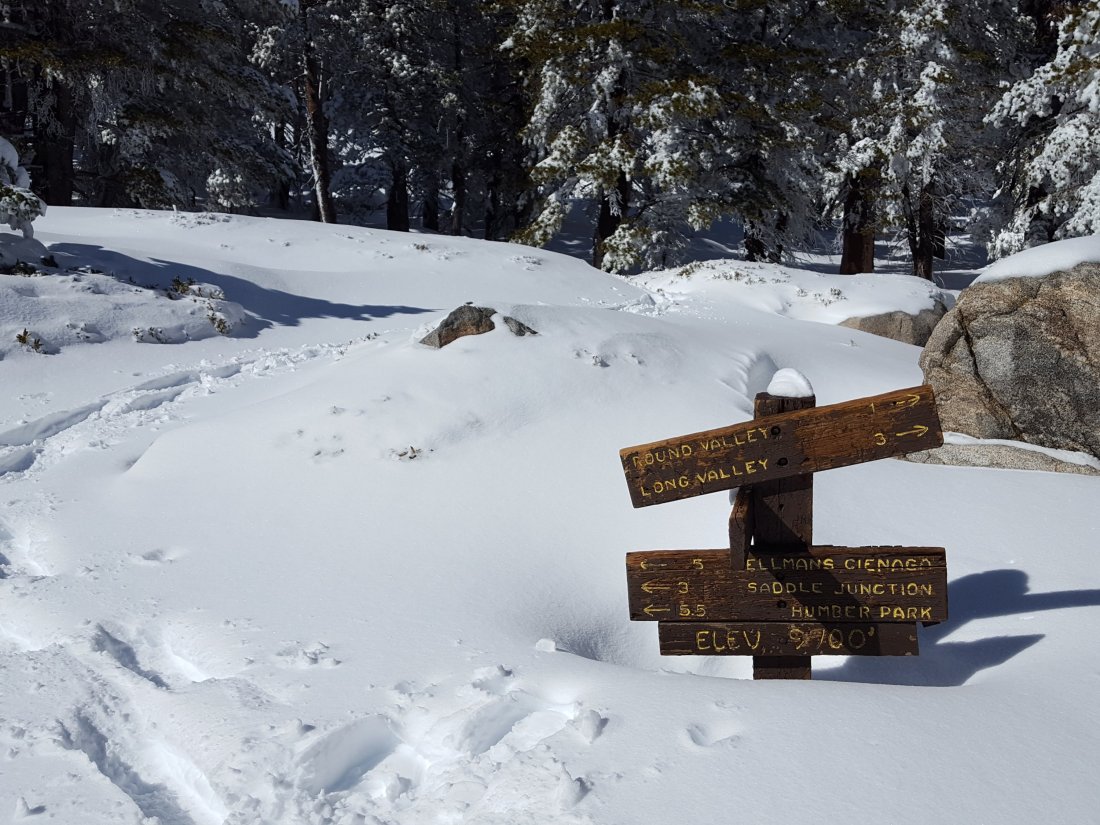 Photos: (above) the north spring at Wellman’s Cienega on Wednesday morning 5th December, and (below) the same view today, 7th December.