[12 April update: I checked the South Ridge Trail between Tahquitz Peak and Chinquapin Flat/PCT where the last remaining sections of icy snow have almost disappeared and are easily passable without microspikes. The windchill temperature was 18°F (-8°C) up there early this morning!]

Overview Other than a couple of very limited areas discussed below, all trails, including the entire PCT, are clear (or functionally clear) of snow and ice. No traction devices (e.g., microspikes) are necessary anywhere on the trail system.

Pacific Crest Trail is virtually completely clear of snow/ice. A couple of very short sections of Fuller Ridge, near the southern and northern ends, have tiny patches of icy snow, but these pose no significant hazard.

Water resources along the PCT (and elsewhere) are flowing well, but a number of ephemeral streams are drying up. The flow rates of many of the springs are more reminiscent of mid summer, and water could become a major issue in a month or so without substantial new precipitation.

San Jacinto Peak (west side trails) The upper Deer Springs Trail above the Fuller Ridge Trail junction is virtually clear to San Jacinto Peak. Above 10,200′ there are about a dozen tiny patches of icy snow in the trail, but these can either be avoided or easily crossed.

San Jacinto Peak (east side trails) Virtually completely clear to the Peak, except for a section of about 0.2 miles above Wellman Divide, between 9900′ and 10,000′, where there is icy compacted snow in a series of extended patches. These are easily crossed without spikes and pose minimal hazard.

At San Jacinto Peak itself there is about 10% snow cover, and the route to the Peak involves no significant snow travel.

Hikers are reminded that NO FIRES ARE PERMITTED anywhere in wilderness under any circumstances. I was extremely disappointed to find the remains of a relatively fresh camp fire at the junction of the Fuller Ridge and Deer Springs trails this morning. This is especially dangerous and selfish under the current dry and windy conditions. In addition to the severe threat to lives, homes, and livelihoods of people living in the area, hikers should consider the effect that a wildfire caused by a camp fire getting out of control would have on the forest they are supposedly here to enjoy, on the long term future of the PCT in these mountains, and on the perception of hikers in the San Jacinto mountain communities. 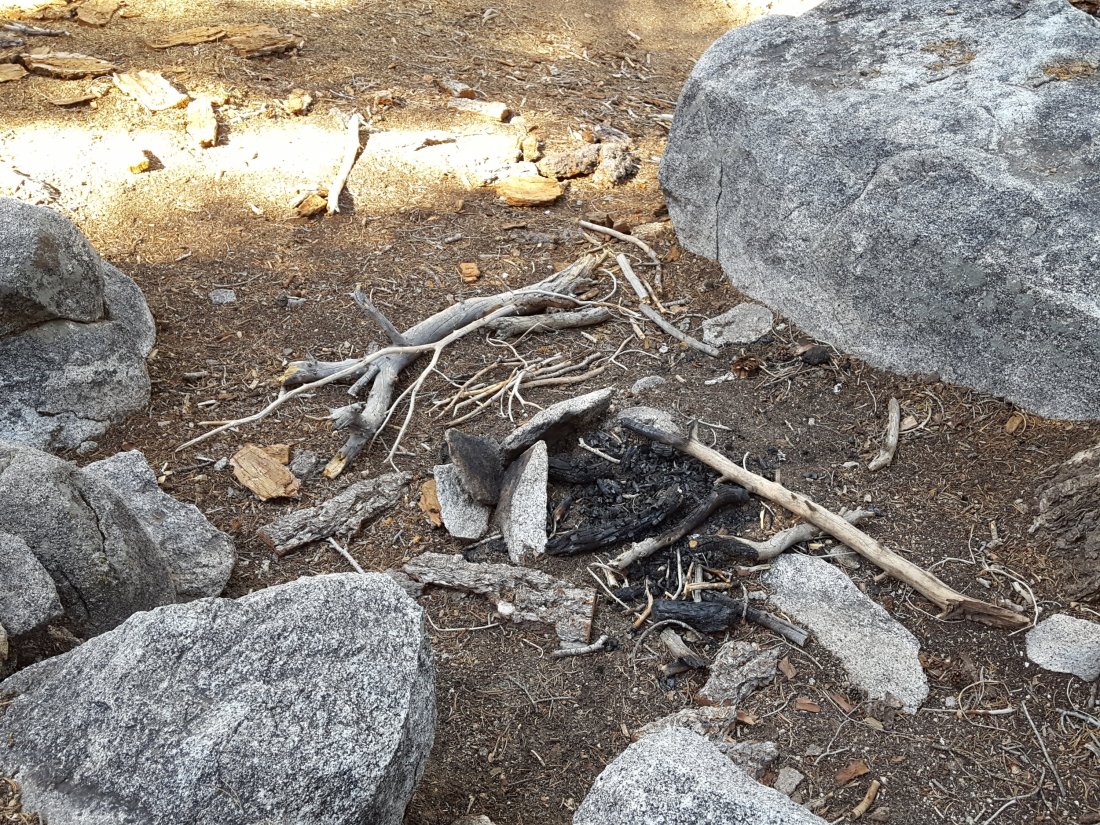